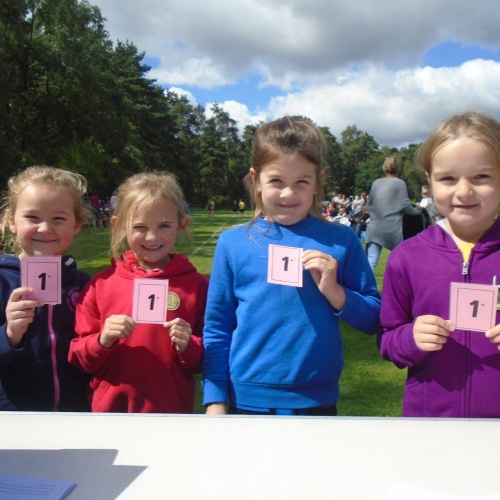 We had lots of fun at our Sports Day this year - and the sun finally shone!

At St Matthew's we believe in a competitive sports day and everyone tries their best to do well. Our races include a sack race, hurdles and long distance running. The day ends with a fantastic Triathlon for years five and six.

Children take part in races representing their House. Traditionally St Andrew's House does well at sports. However this year St Patrick's House won the overall sports day with St George's a close second. Parents and governors commented on the children's excellent sportsmanship throughout the day. They witnessed children cheering each other on regardless of whether they were in the same team and everyone had fun.

Parents took part in the traditional parents race and even the toddlers (future pupils of the school) took part in a mini race.

The Triathlon, which involves running once round the track, cycling twice round the playground and then four lengths of the swimming pool, was won by Lottie Cottrell and Sean Cabatana - well done to everyone who took part in this gruelling race.