DINOSAURS WERE NOT DESTROYED BY AN ASTEROID by Finn 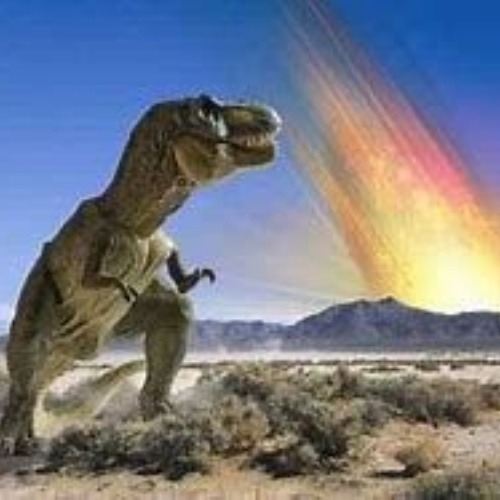 Hey guys Finn here, for some of homework I done creative writing about why the dinosaurs were NOT destroyed by an asteroid. Enjoy!

On Earth, we have a shield protecting us from asteroids and meteorites, our atmosphere, its job is to burn up asteroids and meteors before it hits us. How it does that you may ask, on Earth we have gravity that pushes down to the ground so we don’t float into space. However, in space there is 0% gravity meaning everything floats, so when an asteroid comes to Earth it starts moving faster meaning it burns up into tiny pieces which are as harmless as an ant. So, when you see a shooting star you will know why.

You might now be wondering what’s this got to do with dinosaurs, well, if an asteroid did come it would never have been big enough to destroy a whole population of creatures. It is possible that it could have been a volcano, but sea dinosaurs would have survived this or it could have been a tsunami but sea creatures could have also survived this. Scientist are still trying to work out how it happened, right now at this very moment scientists are discovering more and more.

My possible theory is there was a virus just like Covid19 but even worse! It was so powerful and deadly that it wiped out an entire species-the dinosaurs.